skip to main | skip to sidebar

Not really, but I was going through my closet and found some old stock of my comix. If you're interested, I have the following issues for sale. Add 50 cents for postage. 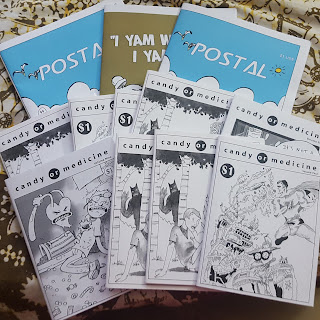 Candy or Medicine - $1 each

To order, email me at joshblair83 (at) gmail (dot) com

Six years in the making! The follow up to the smash hit lunarcy, lunarcy II features 16 pages of our lone existential satellite. Coming first quarter 2017. Only $1! Don't miss it. 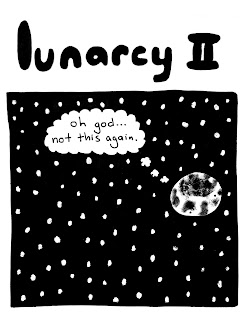 Posted by Josh Blair at 8:50 AM No comments:

Congratulations to Noah Van Sciver for winning the 2016 Ignatz Award for Outstanding Story for "My Hot Date." It's been a long time coming! 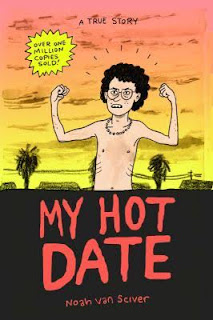 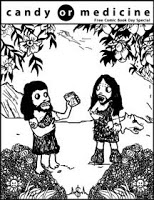 In case you missed them, here are three Candy or Medicine Free Comic Book Day Specials from years past: 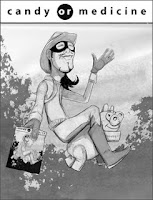 The End is Near

I've been putting this off for a long time obviously, but I decided to finally make a post letting everyone know that after 5+ years, Candy or Medicine will end with the next issue. There are a number of reasons: personal problems, unemployment (and money troubles that go along with it), lack of motivation, the comic has served its purpose, lack of sales/interest, etc., but I won't go into all the gory details. I've had a lot of fun making this comic, have met a lot of really great people and seen some cool artwork. I want to thank everyone who has been involved or supported it. I'm not necessarily quitting comics altogether, and there are a couple unfinished books I'd like to publish in the next year or two.

To send it off in style, I'm going to make a mega-sized final issue. It will be a FREE downloadable PDF. I have a lot of artwork in already, but I'll take everything I can get if you want to still be included. The deadline is April 15, and I hope to have the issue out sometime by the end of June. Thanks again.

I have a few leftover t-shirts I'd like to get rid of, so I thought I'd have a clearance sale. These are all the shirts I'm going to have for a while. Here is what's available:

Call for submissions: I need some artwork from all y'all. Send me anything (unpublished) that ya got for a big mega-issue that will be out this fall. More details coming soon. Deadline is August 31. Dimension are 4.25" wide x 5.5" high, 300 dpi grayscale JPEG or TIFF. Tell your friends! Send art to info (at) candyormedicine (dot) com.
Posted by Josh Blair at 1:03 PM No comments: 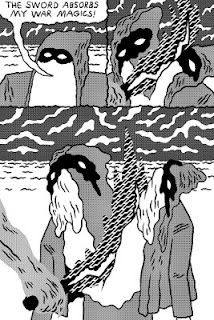 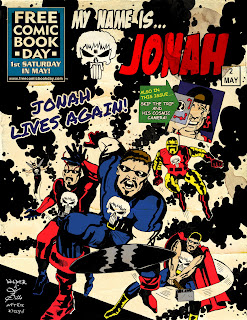 May 5th is Free Comic Book Day over here in Candy or Medicine Land, and coincidentally, the rest of the world. The impending documentary My Name is Jonah is releasing it's 2nd annual FCBD issue on that fateful day. Download it at the website for FREE. www.mynameisjonahfilm.com.

Check out that snazzy cover by Daniel Th1rt3en & Jake Bills!

Past Candy or Medicine alums Tori Holder, Patt Kelley, Sam Spina & [me] JB Sapienza all make contributions to the new issue. Tons of other cartoonists and writers have decided to play in the Jonah-verse this year including, Sean Hartter, Eric Shonborn & Garret Harkawik Look them up, they are worth your time.

Not a Dream! Not a  Hoax! In This issue multiple masses of misbegotten souls will DIE [at the bloody bloody hands of Jonah]!!! [multiple exclamation points, so you know we ain't foolin']

See you on May 5th and junk.

Steve Rogers
Posted by JB Sapienza at 2:56 AM 1 comment:

I didn't have a table this year, but last Saturday, I had the joy of attending SPACE in Columbus for a couple of hours. It was nice to see some fellow comic buddies (including Candy or Medicine contributors Dan W. Taylor, M Young, Steven Myers and Nate McDonough), as well as meeting some new folks and picking up some new comics. I brought an extra $40 solely to spend at John Porcellino's Spit and a Half table. Below you can see the Kindlin' Quarterly table (with Candy or Medicine Vol. 17 for sale!) and my comic haul. 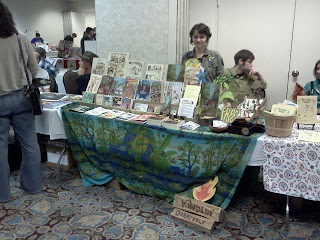 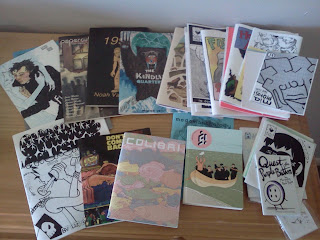 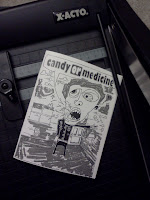 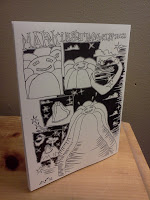 Candy or Medicine Vol. 17 is out now! This issue features "The Training Beard" by Bobby Mono, "Pizza Bill" by Jon Light, some lesser known awareness organizations by M Young, "Dungeon Dudes" by Buttersword, "Waltz No. 7" by Harry Nordlinger and front and back covers by Willard Herman. Good stuff all around.

You can order on the Candy or Medicine Etsy page or click the Paypal button below to order. Sixteen pages for $1.50 shipped. 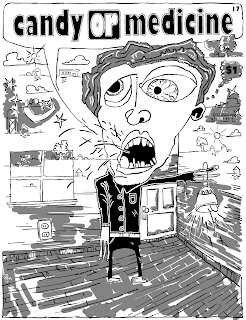 Candy or Medicine Volume Seventeen will be out in a matter of days. In the meantime, here is the cover, contributor list and a preview page of a comic by the one and only Bobby Mono. This is the first time I've deviated from the classic Candy or Medicine logo on the cover. I'm not sure how I feel about it, but Willard Herman did a bang up job (plus, coincidentally, Bobby Mono did the same same for the cover of this summer's Volume 18), so I thought I'd see how it goes. Your thoughts?

You can tell it's been slow around here from the lack of updates. There will be a new issue of Candy or Medicine out next month, so expect to see some previews soon. Also, because of unforeseen circumstances, I will not be attending SPACE next month. 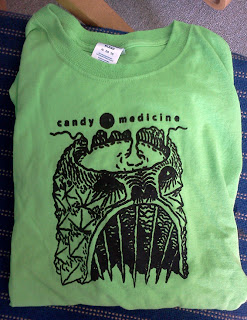 Should I say something about Leap Day here? Or about how I haven't blogged since the last News and Notes? NOWAI!!! That's lame. 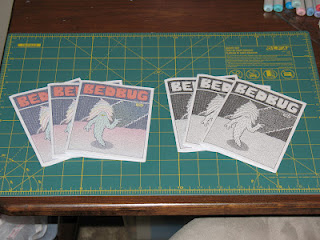 Candy or Medicine was a quarterly mini-comic anthology featuring a variety of talent. 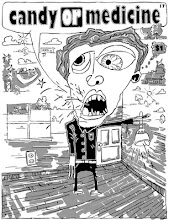